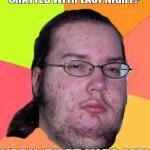 By flyingTurgeFF, June 30, 2016 in Battlefield 4 Allgemein