Virtual reality was a big thing at Gamescom this year, maybe even the biggest thing. At the press centre we were even pointing representatives of media with less affinity towards gaming in the direction of the three big names: Oculus Rift, HTC Vive and Sony with it's Playstation VR. Samsung in turn is not providing "real" but expensive VR glasses, but a solution that allows players to turn their smartphone into VR glasses. Even on the gamescom congress virtual reality was a big topic. And with more and more of the above products reaching the consumer market this year, many publishers and developers provided players with the ability to take a quick dive into virtual reality at their booths. So this year we did not only visit EA, but also had a look at different topics for you. Gaijin provided us with the ability to take a look at VR technology in action.

Reality can be quite expensive

Similar to the "real" reality, it's virtual counterpart can blow impressive holes into your budget. The Oculus Rift for example is listed at 699€ but comes with a XBOX One controller. Sony's Playstation VR is a little less expansive, but still going to cost 399€ and the HTC Vive is topping the list with 899€, however includes two motion controllers in the package. Many players will initially be turned away by these pricings, even more so as all solutions still require the actual platform (PC, consoles). Other companies provide cheaper solutions, using the player's smartphone for example, but losses in quality are a logical consequence. We didn't have the chance to compare the three leading products directly. However we did note the large intrest in this thechnology by publishers and developers. We are hoping for VR glasses to become more affordable as time passes.

A little strange, but only at first

We already mentioned it: at gaijin we took a quick dive into virtual reality. The developers of the popular free-to-play game War Thunder are investing increasingly into the technology as of late. Already published titles are being updated with VR support while new titles are developed with VR in mind. We didn't test the combination of VR, smartphone and Warthunder's flying division. We did however roll through the ruins of Cologne in a tank and shot a path through enemy lines and back to our allies in a short singleplayer passage. At first that takes some getting used to, but once we had figured out that we can turn our heads to take a look around, we couldn't help but notice how much VR glasses can change the way a game like War Thunder is played. At this point it is safe to say that much: Would we have had an opporunity to sneak them out without the Gaijin guys noticing, we would likely have taken it ;)

Its again a little different to play one of Gaijin's new titles: Crossout (we will like tell you more about the game itself at a later point - the idea certainly is an interesting mix). Here two motion controllers are used to steer the jeep-like vehicles with your hands. Without giving away to much: Crossout uses all six degrees of freedom when it comes to head movement, allowing further manipulation of one's perspective. Compared to the early states of the head-tracking-technology by the way, we were surprised by how smoothly the Oculus Rift glasses already worked. At least in our two short testing sessions we had no issues what so ever with their realiability.

Not only Gaijin is speculating that VR glasses will aquire a stable position on the market, that was easy to see this year. At this point we are hoping for lower pricings in the future. The Oculus Rift at least worked well at Gaijin - and it was a lot of fun. For us at least VR glasses are still a little bit too expensive. If you are however investing large sums into simulations and the corresponding gear already, VR may well be worth a thought. Surely it can provide another notch of immersion in a well-equipted domestic cockpit. We'll still hold back on any recommendations to buy though, as needs and views differ greatly among different players. The price aside we will definitely be curious to see where the journey goes with future generations of VR glasses. 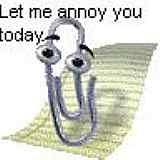