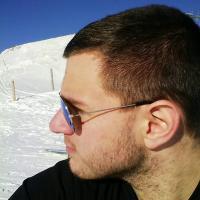 By Kantholz, September 8, 2016 in Battlefield 1 Allgemein